As a follow-up to my post on postpartum depression last month (ugh does it really take me this long to write a blog post! :) ), I promised to write more about my own recovery, and the supports that I found so helpful.  Though I again have the words “Postpartum Depression” in the title, it should be noted that all mums (notice, I didn’t say just new mums) need support of some kind, regardless of their mood.  Therefore, I’m going to talk about all levels of support I received, and also supports I know about that I didn’t myself experience.

It’s kind of like a video-game.  You complete all the tasks in the level, and if the mum still is feeling down, then you “level up!”  Eventually, you get to save the princess.  :) 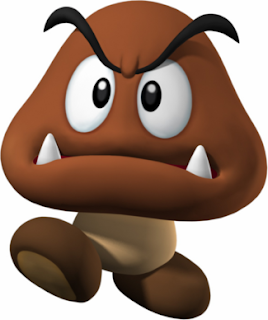 Level One: (defeat the Goombas)
There are a few things every new mum needs.  This is my short-list of things I received that I probably could not have done without:

Level Two: (defeat the koopa paratroopers)
After all of the congratulations, wonderful kindness, and hugs that were showered on me, I still felt very stretched thin and still pretty sad.  (This might have something to do with the fact that I was attached to a breast-pump 8-12 times a day...That would stretch anyone thin!)  At this point, hot meals and a bit of space alone weren’t cutting it for me.  I needed more.  These are some things that helped me at that stage in the game:

Level Three: (the princess is still in captivity! Kill another boring False Bowser)
Well, at this point, I was getting out, I was having friends over.  Hell, I even took my 6 week old swimming.  I was sleeping relatively well, eating well, and doing all of the things they tell you to do to combat PPD: take baths, get a massage, have a break, snuggle your squish.  But I felt lifeless as I did these things.  I needed more still.

My first step was to tell a friend.  Somehow, that alone lightened the load.  I mean, I was talking with friends before then, but I never actually mentioned the depression or anxiety by name.  Once I did that, it made it feel more real.  However, rather than that real-ness feeling even more overwhelming, it suddenly felt manageable.  I could see it and touch it and hear it and talk about it, which also meant I could finally do something about it.

So, my second step was to tell my doctor.  It was a regular check up for the little squishy-pants, and at the end I just sort of mentioned, “I’m not really dealing so well with this feeding thing.”  And my doctor, bless her heart (yes, I actually did just use that phrase), stepped back into the room with me, closed the door behind her, and sat down again as though she had all the time in the world.  She asked me to tell her more and I just started crying.  She calmly told me that she would refer me to Reproductive Mental Health, and she told me “everything will be fine” -- not in a hollow, hush-yourself kind of way, but in a way that made me feel she really knew and believed that.  And it made me believe it too.

When I got the call, two weeks later, from Reproductive Mental Health, they told me that there was an almost 2-month waiting list.  My heart sank -- could I wait that long!?  But, at the same time, the fact that there was such a wait meant there was a big need...which also meant that I wasn’t alone.  And oddly enough, that made me feel a little bit better.  Hundreds of women all over Vancouver were sobbing into their cold tea behind their baby’s backs!  What a comforting thought!  Hah.

Since I had to wait so long, the next step I took was to google support groups.  As I said above, I was getting out and doing things with the little bunny at this point, but that sometimes actually made things worse.  There’s nothing like going to a playgroup or baby-yoga class when you feel like absolute shiznit inside, and then seeing some other mums with same-aged babies bringing in their home-baked goods or showing off the new striped sweater they just knitted their 8 week old.  I was like “Who the fuck are these super-moms!?!?”  Then I’d leave feeling even worse.  I desperately wanted to surround myself with other moms like myself.  (Mediocre, normal, non-supermums who also had bags under their eyes and couldn't remember how long it had been since they'd last showered. haha)  Moms who could understand my struggle because they were there too.  (sidenote: a lot of the women in my PPD support group also had hand-made some of their kids' clothes and were way into baking or tending their flower plot or whatever awesomeness they did.  We're all actually super-moms...even if we are mediocre. hehe)  In my previous entry, I mentioned that I called Pacific Postpartum Support Services at this point.  I spoke to Hollie Hall, who I cannot say enough fantastic things about.  She spent about 45 minutes on the phone with me, just patiently listening and understanding.  She placed me in a group and I think I started that following week.  Apart from confiding in friends, calling PPPSS was probably the single best thing I did to combat my depression.  Pacific Postpartum has a variety of services, including phone support, support groups, and I believe they also do some occasional seminars.  If you’re feeling blue after a baby, these are definitely the people to talk to!

After a month, I finally got in at Reproductive Mental Health as well.  There, I saw a psychiatrist 3 times.  I was learning so much from the other mums in my support group that I was doing much better by the time I saw the psych.  However, Repro. Mental Health also has some great services worth mentioning.  In addition to their psychiatrists, they have counsellors who do talk therapy, and, more importantly, they put on a bazillion groups all the time.  Things from anger management all the way to meditation and mindfulness are covered.  Unfortunately, I was so busy by that time that I didn’t end up making it to any of the groups, but I have heard fantastic things about them!  The other thing that Repro. Mental Health provides are some free resources for self-study.  I would link to them, but they're redoing the site, so the resources are temporarily down!!

Level Four: (Kill that damned Bowser once and for all and take the princess home!!  Nevermind, she saves herself!)
I didn’t reach level 4 (of my arbitrary level system. hah) in my journey.  I got to save the princess after level 3.  But some don’t, and they still need more help and that’s okay.  Before going through this whole experience, I felt that there was no need for psychiatric medication ever.  I was very against it.  And, still, probably 80% of the time I am, as I feel that psych meds are vastly overprescribed these days.  However, now that I have been at my lowest, I can see that sometimes there is a need for medication.  If I had not been able to pull myself out of the dark with therapy and friends alone, I would have taken medication.  No one should stay feeling like that forever when they don’t have to.  Many of the women in my support group were taking or had taken anxiety or depression medication, and they said it made a world of difference for them.  As my doctor had told me when we discussed medication, it’s great to have strategies, but sometimes you need help to even get to the point where you can use your strategies.  For some people, this is definitely true. 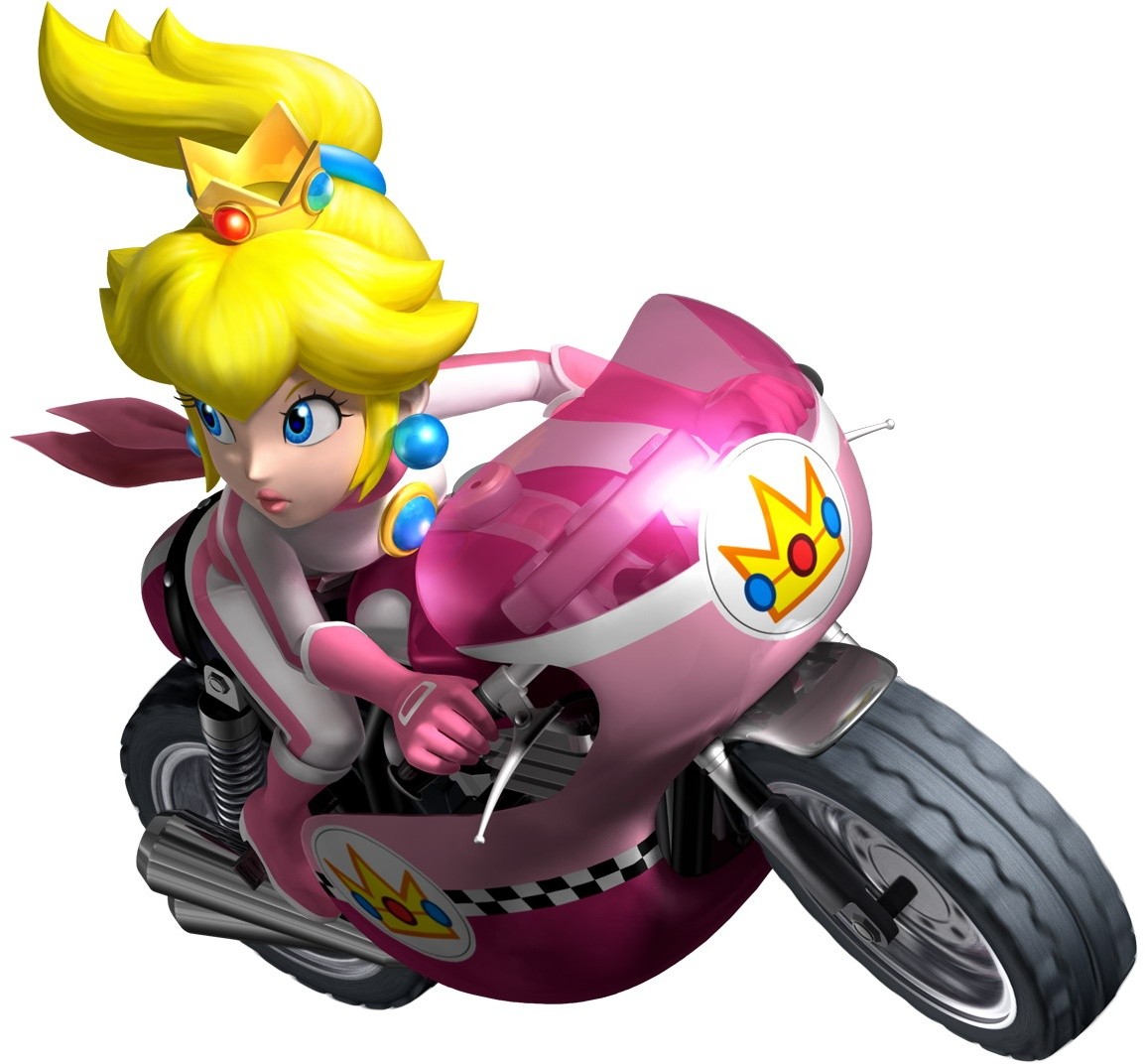 So, there you have it.  My "road to recovery" as it's called.  I tried to include as much general info as possible, but feel free to add on in the comments!

There is one thing I can’t stress the importance of enough.  That is friendships and social connections.  Someone probably could battle baby blues or postpartum depression in a vacuum, but -- well, no, actually I’m just going to go out there and say that you can’t.  You can’t combat depression in a social vacuum.  It feeds off of your alone-ness and grows.  And it’s like an abusive boyfriend, depression wants you to be alone, so it makes it harder for you to go out and be social.  Fight it! :)  And, for those of you who aren’t new mums but know some, go visit, bring flowers for her table and snacks to put everywhere.  Take the baby while she drinks a hot tea.  Tell her about the newest meditation podcast you found on iTunes.  Give her a hug.  (then leave and let her sleep.  haha)