One Year and Counting!!!

Tomorrow, my baby turns ONE!!! 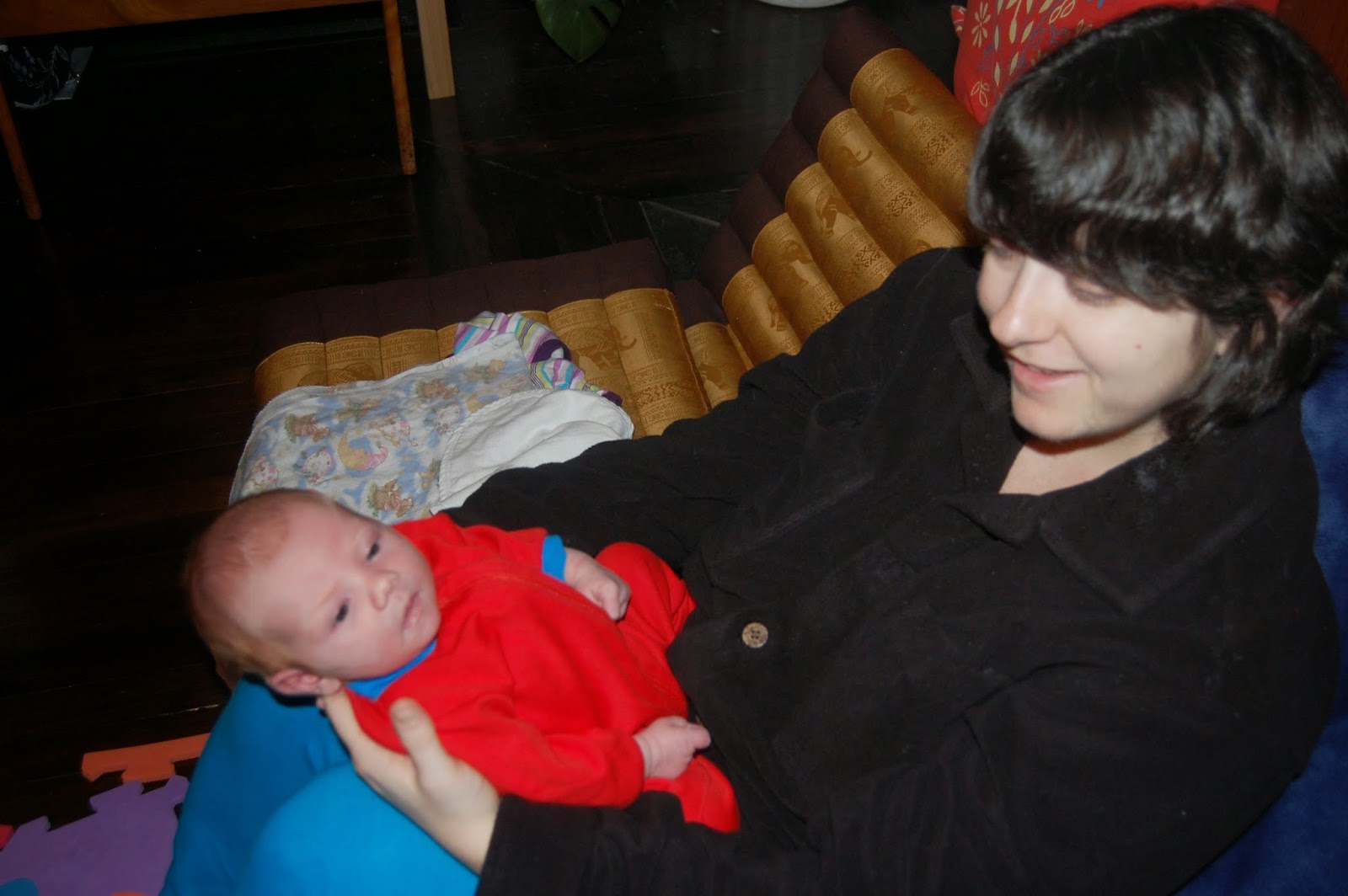 One year ago tonight, David made me a delicious and healthy dinner while I sat on the birthing ball and breathed through early pressure waves.  We watched an episode of Kitchen Nightmares (you know, nice, relaxing prebirth stuff. hehe) as my waves intensified.  Then I texted my doula and that’s when shit got real. :)

One year ago tomorrow, I got in the birthing tub at 3 am, and by 5:45 we had a little red-faced, red-haired baby in our arms.  And that’s when shit REALLY got real!  ...especially when she pooped in her Daddy’s lap. hah.

This year has been a long but short, hard but amazing, exciting but sometimes sad.  I never realized that having a baby meant saying goodbye every second of every minute of everyday.  But it also means saying hello to all of the new things that come along.  Babies change faster than I ever could have imagined, and the time has just flown!

In one year, Ebba has gone from a little curly creature who could barely move her arms voluntarily to an almost-walking little kid who can say “doll” and “byebye” and “duck” (as well as “butt” as I learned this morning, when she smacked her bare bum and said “butt!  butt!” hah).  Now, she has preferences and thoughts and jokes.  She doesn’t want this book, she wants that.  She likes this song but not that one.  She doesn’t like boiled eggs, but she’ll eat them with caviar on top (seriously!)

I’m really excited about this one-year milestone (and not just because she gets cake and we get champagne. hehe.)  I don’t think I’ve had so much change in such a short period of time ever before.  In addition to looking back on Ebba’s development, it’s been nice to look back through all of the pictures and writings I’ve done over the past year and see the change in myself as well.  After a year of massive ups and downs, I feel amazingly strong and confident.  Perhaps it’s because I had been so low that I can really see how far I have come.